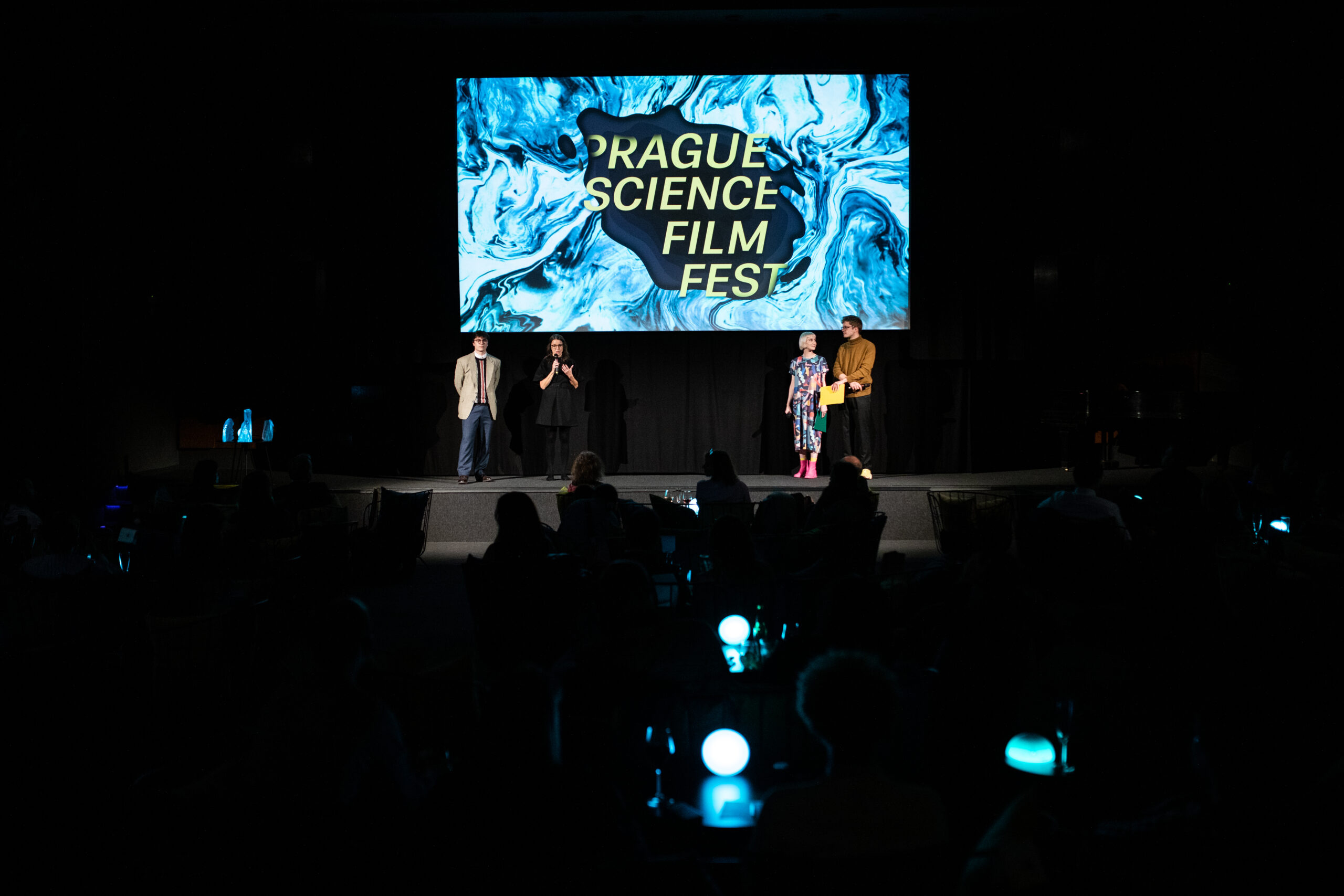 We are proud to present the winners of the Prague Science Film Fest, the international festival of popular science films, taking place from 10 to 13 October 2022 at the Campus of the Czech University of Life Sciences Prague. The winning films were awarded as part of the award ceremony at the Přítomnost Cinema in Prague. The awards were given out in four categories.

The competition of this year’s PSFF was a battle of thirteen films from France, the UK, Hungary, Germany, Canada, Denmark, Australia and the USA, which competed for the title of Best International Popular Science Film. The Czech Republic was also represented in the competition. The full list of the thirteen competition films is available here. The international competition jury, composed of representatives of the faculties and management of CZU, was most impressed by the documentary The North Drift, directed by Steffen Krones. The jury described it as “a fast-paced and inspiring documentary which shows us the history of the experiment, plan preparation for the entire project, all the way to the final implementation, including the moment the protagonists successfully reach their destination. Serious issues are presented in an authentic and straightforward way. The documentary reveals the backstage of research and current trends in environmental sciences.” The same decision was reached by the student jury consisting of students from across the CZU faculties, who were captivated by The North Drift, especially thanks to its high-quality visuals and noteworthy topics. “The medium of film is the best way to popularize serious topics and global issues. This documentary proves that the naïve ambition of enthusiastic people can come a long way to a serious science strongly overlapping into reality. The resonating story grabs the viewers’ attention and gives them the opportunity to think about other possible solutions to the problem.” The student jury decided to award an honourable mention to the film I Miss You, Marius. The film deserved recognition for its bold and innovative approach to film storytelling and for reflection on the scientific method and process of creating human knowledge.

The CZU President, professor Petr Sklenička, gave an honorary award to the Czech documentary Let There Be Water!, which is a metaphor for human effort. “This is an unlikely adventure of non-traditional heroes whose actions are one step ahead of a society facing drought.”

Same as last year, the award ceremony concluded with the Grand Prize, awarded jointly by the PSFF and its festival partner Academia Film Olomouc. Both the thirteen competition films of the PSFF and the international competition films of the 57th AFO taking place this spring competed for this award. A jury composed of experts in science popularization and documentary film gave out this award to Holgut with the financial reward of USD 10,000. The Grand Prize was awarded to the film director Liesbeth De Ceulaer for “imaginative story of adolescence, scientific research and evidence, indigenous legends and a strong cultural heritage that deliver a holistic approach engaging audiences on hot topics, such as loss of biodiversity, Arctic melting, and the extinction theory.” The jury hopes that it will encourage the director to further her efforts in sounding a creative voice in the field of documentary filmmaking.

The awards are now with their winners, and we would like to thank all visitors for participating in the screenings and debates!

The award comes with a financial reward of CZK 25,000.

The award comes with a financial reward of USD 5,000.

The award comes with a financial reward of USD 10,000.